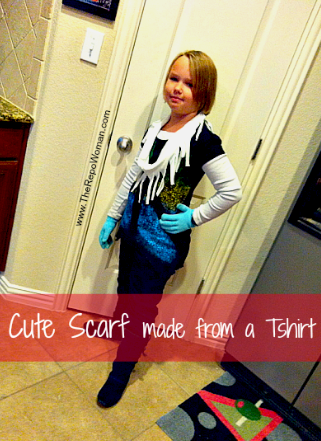 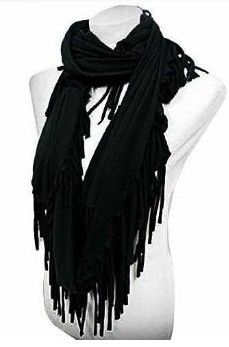 Who wants to make their very own homemade scarf from an old tshirt?! There’s no sewing required and it’s really easy. I would rank this craft project at the beginner level.  My 7 year old even make one for herself but then I had to stop her from trying to cut up all her shirts!  lol… 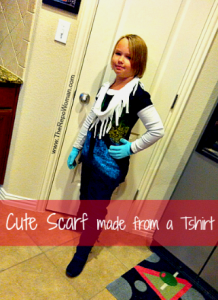 Start with an old tshirt. You will make a cut just under the underarm of the sleeve all the way across to the other sleeve because you are cutting off the top half of the shirt. Next, you will cut the fringe part on the bottom part of the shirt. These cuts will be in the opposite direction and you can make them as wide or as narrow as you want. It all depends on the look you are going for.

The tshirt scarf in the photo above is going for over $14 on Amazon and you can make it from an old tshirt! 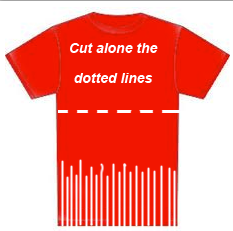 After you’ve made all of your cuts at the bottom of the page, be sure to give a tug and the end of each strand. This will curl the material giving it a neat look. You can also add knots to the bottom of each strand or even beads with knots to give it a completely different look.

Voila! That’s its! You just made a super cute homemade scarf from a tshirt! 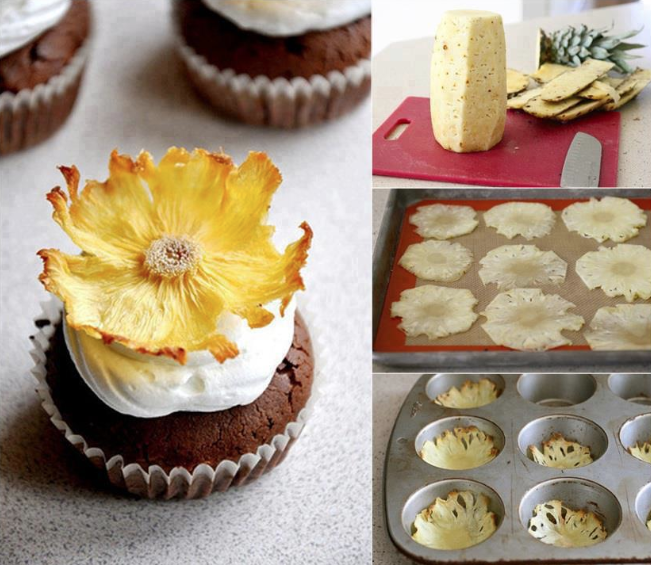 Author Unknown Do It Yourself Pineapple Flowers Tutorial I believe Martha Stewart came up with this idea years ago and it’s a clever one at that!  Dried out pineapple turned into a beautiful flower to be used as a cupcake topper.  Love that! First, you need to cut off the top of the pineapple and… 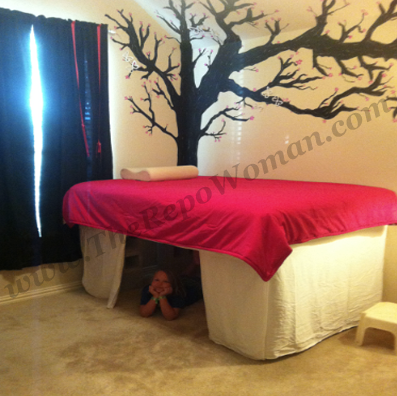 How about a “Tent Bed” for you child?!!! Total cost was only $53.91!! My daughter has been bugging me time and time again to get her a bunk bed. It’s not really the bunk bed she wanted, but rather a way to make a tent on the bottom part and she wanted to be able… 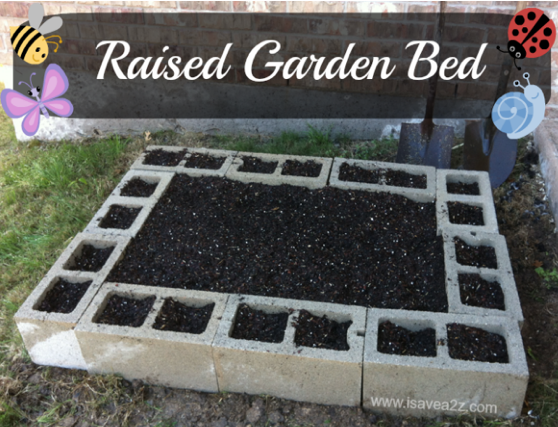 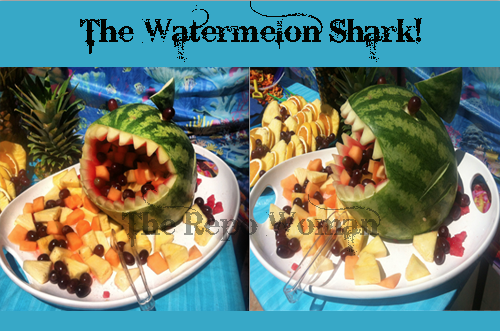 Oh my goodness!  I just had to show you this!  My friend, Yvette, told me she was inspired by Pinterest!  Did I tell you she’s a Pinterest addict!  She is!  Well…  honestly, I am too!  If there’s a Pinterest Anonymous Group we may be forced to join at some point! I just attended her daughter’s… 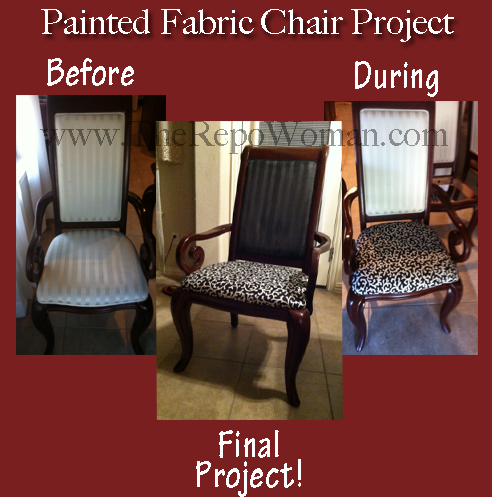 How to Paint a Fabric Chair I started a project earlier when I reupholstered my dining room chair seat cushions. I was not happy with the cream colored top part of the chair so I decided to paint it! That’s right! PAINT it! I painted directly on the fabric of the chair! That’s a… 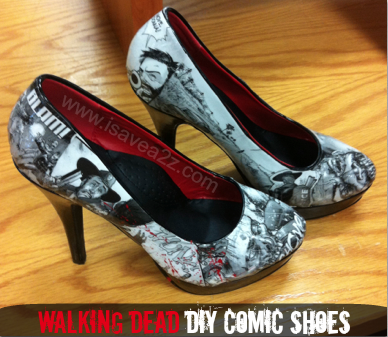 Do It Yourself Comic Strip Shoes Who knew there was a tutorial for do it yourself comic strip shoes?!!!  I found Walking Dead zombie shoes, My Little Pony Shoes and even some Pokemon Shoes! Head over here to see the full tutorial on how these are made. Look at these darling My Little Pony Comic…